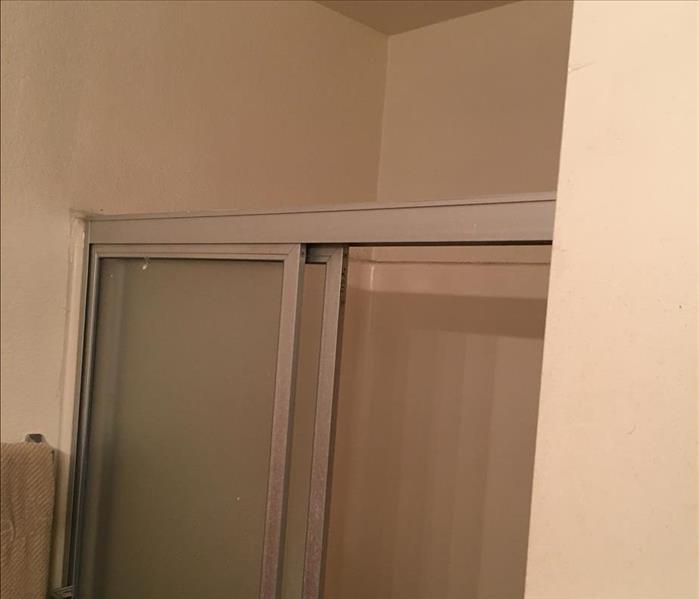 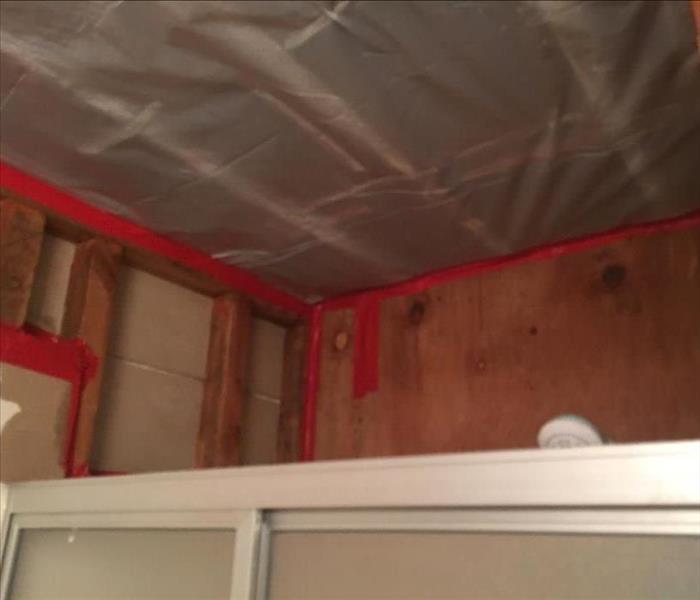 A property manager in Burbank, CA called SERVPRO of Chatsworth/Stevenson Ranch after an inspection hole above a shower began to emit a strong odor. We arrived at the property and found an inspection hole above a shower for an extended period of time had in fact caused a very large mold issue inside the ceiling. SERVPRO of Chatsworth/Stevenson Ranch began by setting up containment and air filtering equipment before removing all of the contaminated drywall and insulation above and around the shower. Next, we HEPA vacuumed the area, wire brushed the exposed studs and applied a disinfectant. Now that the bathroom was clean, the contractor could begin the final repairs to complete the job!

View More Before & After Photos